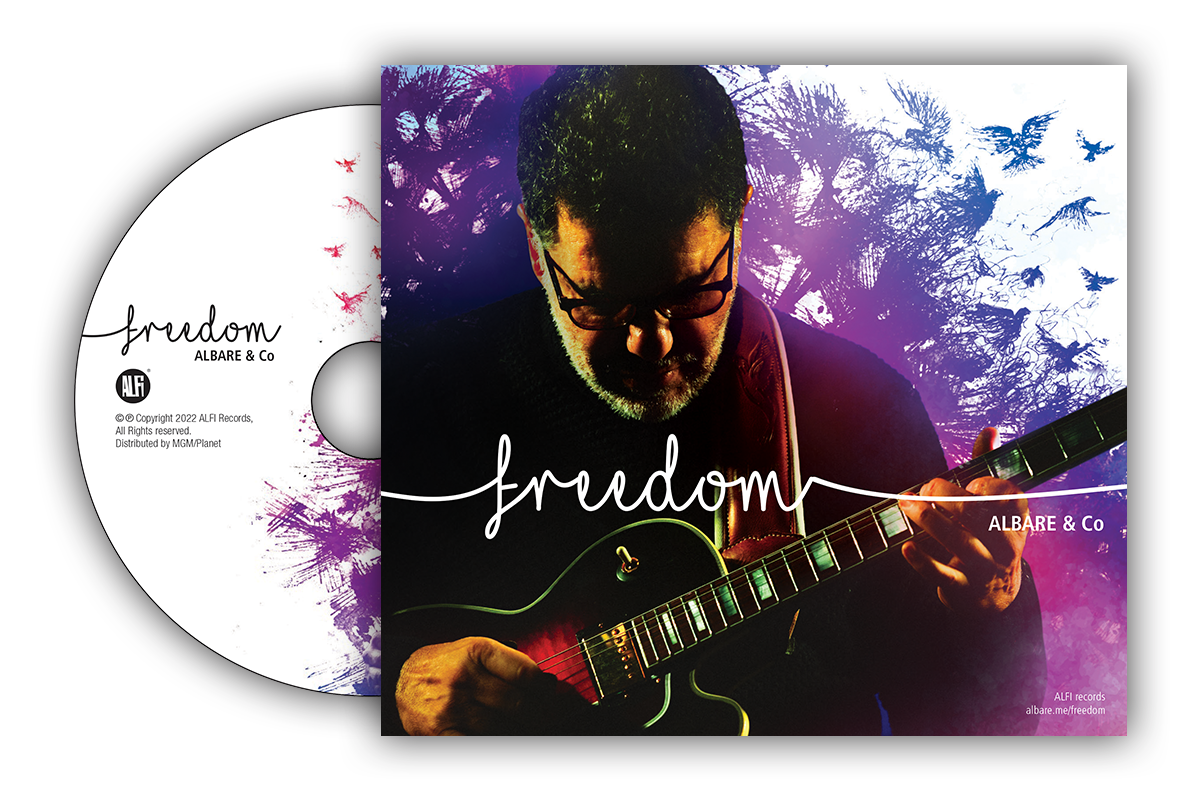 Long before Bob Dylan and Paul Simon hit a societal raw nerve through their protest songs of the 1960s, Jazz had long established itself as arguably the first activist music – becoming the poster child for emancipation and liberty along the way.
Such is its power that totalitarian regimes similar as North Korea sought to ban it and jail musicians who ventured into its orbit.

At this strange point in our western democratic history, where one by one, our freedoms are being eroded, it is good to remind ourselves of the genesis of Jazz – as an expression of freedom.
In this spirit, we conjure once again the activist roots inherent in the artform, in order to celebrate and protect our hard won freedoms.

We shall never be silenced.

Albert Dadon AM aka Albare

Albert Dadon, stage name ALBARE, was born in 1957. Albare started playing music at the ripe age of 8 when his late mother bought a classic acoustic guitar for his birthday. Living in Israel at the time, he became one of the first students of the freshly opened conservatory of music in Dimona Israel. His love for the instrument only became obvious when his parents moved to France when he turned 10. His discovery of Django Reinhardt, Jimi Hendrix, Wes Montgomery, and later Antonio Carlos Jobim, set Albare into a lifetime of study, composing and playing the instrument.
Albare remembers that the sense of melody he brings to his compositions and improvisation was always present. Compositions written in his teenage years, such as ‘What Goes Around’ (from the album by the same name) and Zarathoustra (Midnight Blues) were recorded in the 90s and still form part of the Albare repertoire today. The songs presented in ‘Freedom’ are all original compositions by either Albare or his collaboration with Phil Turcio which has been ongoing for over thirty years. Freedom is a tribute to the symbol Jazz represents everywhere. In a world where freedom of expression is increasingly being censored, Albare says “Jazz is the voice of freedom and it shall never be silenced”.

Phil Turcio, 50, was born into a musical family, it was no surprise that Phil Turcio promptly established himself as one of Australia’s finest all-round musicians. From composing music for the Sydney Olympics in 2000, to television themes and playing with international artists, Phil’s flexibility as a musician keeps him in constant demand.
It all started when he sent a demo tape of his piano playing at age 18, to Albare. After being invited for a jam session. he joined the Albare’s band in 1992 and started his touring carreer. He has collaborated with Albare for 30 years.
Over the years, Phil has worked on many Australian television shows including Hey Hey It’s Saturday, Australia’s Got Talent, Carols by Candlelight, and In Melbourne Tonight, to name a few.
Phil was nominated for a Grammy in 2008. About this latest collaboration with Albare, Phil says “I share Albare’s sentiment, Jazz is indeed the voice of Freedom and in a world where Freedom of expression seem to be restricted, Jazz may be the last refuge.”

Jazz trumpeter and composer Randy Brecker has helped shape the sound of jazz, R&B and rock for over five decades. His trumpet and flugelhorn performances have graced hundreds of albums by a wide range of artists from James Taylor, Bruce Springsteen and Parliament/ Funkadelic to Frank Sinatra, Steely Dan, Jaco Pastorius and Frank Zappa. Randy is a multi-Grammy Award winner., a living legend, and one of the greatest musicians of all times. His special sound and touch are illustrated in ‘Favela’ and ‘So Danço Samba ’ in this second volume of Albare Plays Jobim.

Italian native Ada Rovatti started playing saxophone in high school after years of classical piano training. After winning a scholarship from Berklee College of Music in Italy she divided herself between Boston where she studied with Joe Viola, George Garzone and Fred Lipsius and Italy where she was regular working in Big Band with guest artists such as: Phil Woods, Lee Konitz and many more. Upon completing her studies Ada embarked on a stellar career, a journey that took her around the world touring with Mike Stern, John McLaughlin, Anne Ducros, Bob Mintzer, Victor Bailey, Joanne Brackeen, Tony Levin, James Moody, Aretha Franklin, Herbie Hancock to name but a few.
Ada was part of 2 Grammy winning CDs by Randy Brecker – “34 th N Lex” and “Rocks” with NDR Big Band along with David Sanborn, and on the acclaimed CD of John McLaughlin “Industrial Zen” and also appeared in the movie ‘Mona Lisa Smile’ featuring Julia Roberts.
As a band leader she has released her own work and continuously composes and arranges for her band as well as others. This is her first appearance in an album of guitarist composer Albare. It is certain not to be the last.

Philip Rex is one of the most brilliant Double Bassist’s to come out of Australia, and has gained a reputation as one of the truly original stylists of this instrument.
Having been firmly established in the Australian Jazz scene since he was seventeen, Philip has become a member of many of the country’s finest groups, and has toured extensively throughout Australia and around the world. He has studied with jazz legends Ray Brown and Eddie Gomez in the United States, and has performed or recorded in small group settings with international touring artists such as Joe Lovano, George Garzone, Johnny Griffin to name but a few.
He started touring with Albare in 2013 and appeared once before on an Albare orchestral record: “Dream Time (2015).
Philip has a natural instinct for improvisation and melody, and is particularly known for his virtuosity and a strength of groove and sound on the acoustic bass. He has made an impression as one of the truly versatile players of his instrument around the world.
In 1998 Philip shared an Aria (Australian Recording Industry Association) win with musical colleague Ian Chaplin for Best jazz Album, as well as in 2005 with the Grabowsky/Noonan quintet for Before Time Could Change Us.

Felix Bloxom was a long time resident of Los Angeles and New York. Along his journey Felix has toured and recorded with greats such as Sia, Mika, Christina Aguilera, Kelly Clarkson, Empire Of The Sun, Bob Moses, Barney McAll and many more. He now lives with his family in Melbourne Australia. This is his first apearance on an Albare project and is sure not to be the last.

Enter your email to receive news from Albare.

I enjoyed and reviewed Albare's last CD,  "Albare plays Jobim" a while ago.  He has now published "Albare Plays Jobim Vol 2",  and it is just as good as his first Jobim CD.

So glad Albare came to this decision because great music never gets old.  His sensitive Guitar playing brings new life into the wonderful music world of Antonio Carlos Jobim.

For those who love Jobim’s music (and who doesn’t), this recording is particularly appreciated. It is magic! Grady Harp

ALBARE PLAYS JOBIM: It’s been a while since I reviewed Albare’s Intense melodic jazz guitar beauty on his “Only Human” album… his new release is welcome here (as are any of his albums, to be sure).  If you’re a true jazz guitar lover, you’ll definitely want to SUBSCRIBE to Albare’s YouTube channel, where you’ll find many more videos/albums.

Retweet on TwitterAlbert Dadon AM Retweeted

I know hindsight is 20/20 but this video was made in 2020. What do you say about this politicians, did we have to spend 1.4 trillion in Australia? https://www.youtube.com/watch?v=CD_8Dy7bYFE #auspoll2022

2. In this spirit, we conjure once again the activist roots inherent in the artform, in order to celebrate and protect our hard won freedoms. #albare #freedom #Jazz